Annual Campaign of Cleaning and Awareness 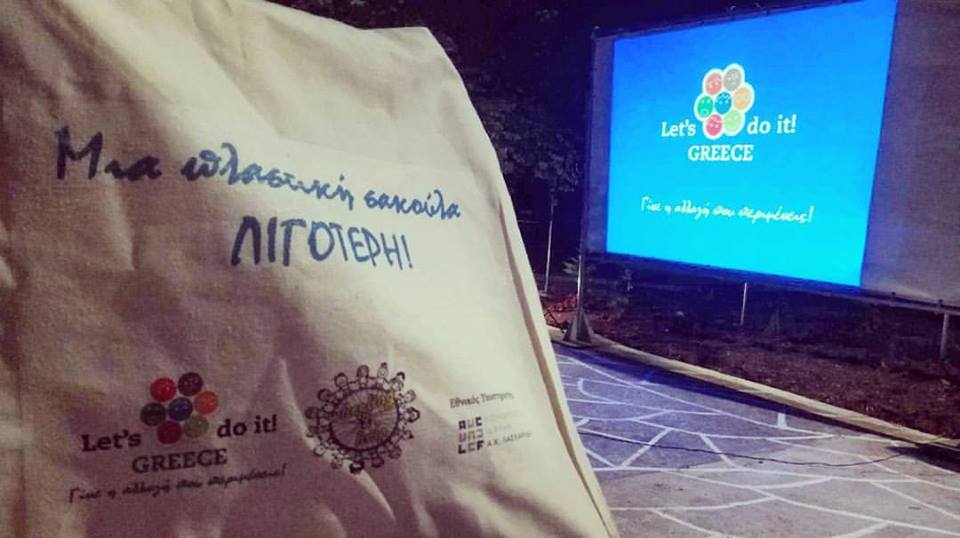 Coordination of citizens’ groups and volunteers into a massive mobilization for cleaning public space and raising awareness of environmental issues.

Αby Let’s Do It Greece

The Let’s Do it Greece annual campaign is a national awareness campaign for the environment which is developed through the coordination of voluntary activities. The ultimate goal of the campaign is to promote the idea of volunteering and citizens’cooperation through the creation of strong links between citizens. Each year, Let’s Do It Greece invites citizens’ groups from all over Greece to design and implement voluntary activities related to cleaning and aesthetic upgrading of neglected public spaces. In order to maximize their positive impact, these actions are implemented simultaneously, one Sunday each April. In order to maintain the exclusively voluntary nature of the campaign, Let’s Do It Greece seeks to cover the majority of its needs by directly supplying the necessary materials and services from national supporters and donors. Another feature is zero waste philosophy; prints are avoided so that the campaign’s environmental footprint is reduced to minimum.